Ethiopia PM meets AU envoys but bars them from Tigray

Ethiopia PM meets AU envoys but bars them from Tigray

Ethiopia’s Prime Minister Abiy Ahmed has met an African Union mission that arrived in Addis Ababa to try to mediate between his government and the Tigray People’s Liberation Front (TPLF) after more than three weeks of military conflict.

Mr Abiy previously branded international efforts to bring the two parties to the table as “unwelcome”, and the AU mission will not be allowed to meet Tigray officials.

After Friday’s meeting with three special AU envoys, Mr Abiy said in a statement that his government was seeking to ensure the protection of civilians, it was opening a humanitarian corridor, and it will welcome back Ethiopian refugees who fled into Sudan.

However, the prime minister said his government would continue its efforts against what it calls the “TPLF clique”.

The AU envoys – ex-presidents Joaquim Chissano of Mozambique, Ellen Johnson Sirleaf of Liberia and Kgalema Motlanthe of South Africa – will not be allowed to travel to Tigray, the government has already said.

Ethiopia’s presidency has thanked the “esteemed African elders” for their “readiness to support”. But it’s not clear how the envoys can accomplish their mission without meeting both sides.

Analysis: How attempts to unify Ethiopia may be deepening its divides, say analysts

Now Ethiopian unity faces its severest test yet: since Nov. 4, the military has been battling a group that once dominated the national government - the Tigray People’s Liberation Front (TPLF) in the northern Tigray region.

The TPLF frames the conflict as a battle for the rights of Ethiopia’s 10 regions against a premier bent on centralising power. They say Abiy has discriminated against Tigrayans since he came to power and have referred to his rule as an “illegal, unitarist and personalistic dictatorship”.

Three major decisions infuriated the TPLF, which dominated the governing coalition for nearly three decades until Abiy came to power in 2018: Abiy’s rapprochement with their arch-enemy, the nation of Eritrea; his replacement of an ethnically based coalition with a new national party; and the postponement of national elections.Each sparked bitter recriminations from the TPLF. The ensuing conflict has sent ripples through the region.

Ethiopia, a regional heavyweight, is home to the African Union; its security forces serve in peacekeeping missions in Somalia and South Sudan and work alongside Western allies against Islamist militants.Leenco Lata, a veteran opposition leader, said the federal system is under pressure from both sides as debate polarises between supporters of closer unity or separation. Abiy says he’s tried to work with the TPLF, but has been repeatedly rebuffed; his office published a timeline of such attempts this week.

The government says Tigrayan forces started the conflict by attacking federal troops stationed there. The TPLF have described the attack as a pre-emptive strike.

Underlying the political struggle are long-standing rivalries between Ethiopia’s 80-plus ethnic groups. Many regional leaders see Abiy’s democratic reforms as a chance to grab more power for their own group. Zemelak Ayele, a professor at Addis Ababa University, said even though citizens resented the previous repression, the TPLF might have grudging support from some regional leaders who consider it a bulwark against a more centralised government.”Even those who are ardent detractors of TPLF are not necessarily ardent supporters of the war (in Tigray),” he said. “Some might feel the federal system might be in danger if the TPLF is out of the picture.”

AN OLD ENMITY AND A NEW PEACE

The TPLF spearheaded that war. They regard Eritrea as an arch-enemy.

Months after Abiy came to power, he signed a peace deal with Eritrea in 2018 and was subsequently awarded the 2019 Nobel Peace Prize. Regular visits began between Abiy and Eritrean President Isaias Afwerki, drawing accusations from the TPLF that Abiy was “serving as a vehicle for Isaias’s desire to extract a pound of flesh for perceived wrongs”.

Billene Seyoum, Abiy’s spokeswoman, said the TPLF was trying to “internationalise the conflict” and that intelligence reports suggested the TPLF had been manufacturing Eritrean and Ethiopian army uniforms.

The TPLF has fired missiles at its capital Asmara and says Eritrea is now fighting alongside Ethiopian troops in Tigray, which Ethiopia denies.

Reuters has not been able to reach the Eritrean government for comment for two weeks.

Source=Analysis: How attempts to unify Ethiopia may be deepening its divides, say analysts | Reuters

One month ago, Tigray was the safest region in Ethiopia. Today, it is ravaged by war.

A. An immediate cessation of hostilities.
B. Measures for the protection of all civilians.
C. Unimpeded humanitarian access.
D. Independent investigation by external parties of any alleged atrocities and war crimes or violations of international law.

An immediate cessation to ensure the protection of civilians is of paramount importance.

Fuel and cash are running out while food for nearly 100,000 refugees from Eritrea will be gone in a week, the UN says.

The United Nations has raised alarm over shortages that have become “very critical” in Ethiopia’s Tigray, as Prime Minister Abiy Ahmed announces a “final phase” of the three-week conflict in the embattled region.

Tigray’s population of six million remains sealed off and its capital is under threat of attack by Ethiopian forces seeking to arrest the regional leaders.

Fuel and cash are running out, more than a million people are displaced and food for nearly 100,000 refugees from Eritrea will be gone in a week, according to a new report released by the UN overnight on Thursday.

More than 600,000 people who rely on monthly food rations have not received them this month, the global body said.

Travel blockages are so dire that even within Tigray’s capital, Mekelle, the UN World Food Programme cannot gain access in order to transport food from its warehouses there.

Communications and travel links remain severed with the Tigray region since the deadly conflict broke out on November 4.

More than 40,000 refugees from Tigray have crossed the border into Kassala, one of the most impoverished regions of Sudan, which itself is one of the world’s poorest countries.

Analysts and international aid agencies warn that Sudan urgently needs assistance in order to be able to help those desperately fleeing Ethiopia.

“We need the international community to urgently intervene economically and help provide food, shelter and medicines to those refugees. If not, Sudan’s economy will be over-burdened.”

Al Jazeera’s Malcolm Webb, reporting from Kenya’s Nairobi, said: “Civilians have been caught up in this conflict so far.”

“The Ethiopian government’s human rights commission has said that more than 600 civilians were killed in an attack that took place two weeks ago in a massacre that it says was carried out by a Tigray militia,” he said.

Abiy on Thursday ordered Ethiopia’s army to launch a final offensive against Tigray’s leaders in Mekelle, saying the window for their surrender had expired.

Abiy’s government set a 72-hour ultimatum on Sunday for the Tigray People’s Liberation Front (TPLF) forces to lay down its arms or face an assault on Mekelle, the highland regional capital city of 500,000 people.

“The Ethiopian National Defence Forces have now been directed to conclude the third and final phase of our rule of law operations,” Abiy said in a statement on Twitter.

“In this final phase, great care will be given to protect innocent civilians from harm. All efforts will be made to ensure that the city of Mekelle, which was built through the hard work of our people, will not be severely damaged.”

In an extraordinary session held on 21 November 2020, the Central Council of the Eritrean People’s Democratic Party (EPDP) discussed with deep concern the armed hostilities raging in Northern Ethiopia bordering Eritrea.

Recalling the Resolution of the EPDP 3rd and Unity Congress of 2019 that strongly condemned the Eritrean regime’s policy of unwarranted interferences to aggravate the regional and ethnic tensions in Ethiopia;

And aware of the Congress’s call to the Eritrean people to watch out against the covert accords and treaties being signed and kept in the dark between the Ethiopian Government and Eritrean regime that can be suspected of reversing history and violating Eritrean sovereignty;

The extraordinary of the Central Council thus concluded that the concerns and fears of its Congress Resolutions are now on display:

Springing from these realities, therefore, this emergency Central Council resolves as follows:

The EPDP Central Council therefore wishes to draw the attention of all concerned bodies including the international community to provide the necessary protection and support the tens of thousands of Eritrean refugees in the region.

We in the EPDP therefore ask all fraternal forces in the Eritrean camp of change seekers to enter into a totally new and energized phase of working together. 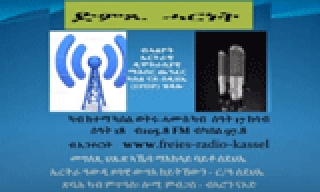 Tigray refugee update – 42, 575 have arrived in Sudan to escape the fighting

The UN Refugee Agency has given the total number of people arriving in Sudan after fleeing the fighting in Tigray at 42,575.

This is explained in a series of helpful diagrams, which were updated yesterday (24 November)

As can be seen above, the figure has gradually tailed off since the high of nearly 7,000 on 11 of November. It is currently 740.

No indication is given for why this has happened.  Have all those in danger now left and reached Sudan? Are communities trapped by the fighting? We don’t know.

The situation of the nearly 100,000 Eritreans who fled from Eritrea to Tigray is very worrying. Some live in camps; others have moved out and live in the community or in towns.

The UNHCR says it has little contact with the camps and has withdrawn most of its staff.

This blog has filed a report on the situation at Mai Ayni, which was over-run by Federal Forces and Amhara militia. Three refugees were killed and four were injured. They were without medical help.

That was published yesterday and there has been no further news.

Ethiopian troops have been deployed along the border with Sudan and are impacting the flow of refugees fleeing the northern state of Tigray.

This comes in the middle of a military confrontation between the federal government and the regional ruling party the Tigray People Liberation Front (TPLF).

With an information blackout in the conflict, there are fears about the safety and welfare of civilians.

The Ethiopian government said it will make a final push into the regional capital of Mekelle as a new deadline for the region’s leaders to surrender lapsed on Wednesday.

The BBC’s Anne Soy, who is on the Sudan side of the border, says River Sittet in Hamdayit has been an important border crossing point for people fleeing fighting in Tigray.

The Sudanese Commission for Refugees said it had been receiving an average of 1,200 people there daily.

On Wednesday our reporter saw at least a dozen soldiers stationed on the hills across the river. The refugees identified them as Ethiopian federal forces and said they had been stopping people crossing into Sudan.

The federal government has not responded to the BBC’s request for comment.

Many refugees who have been waiting for their relatives to join them in Sudan are worried about this new development.