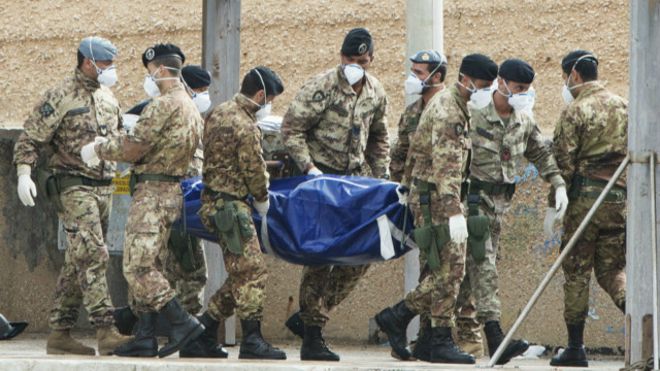 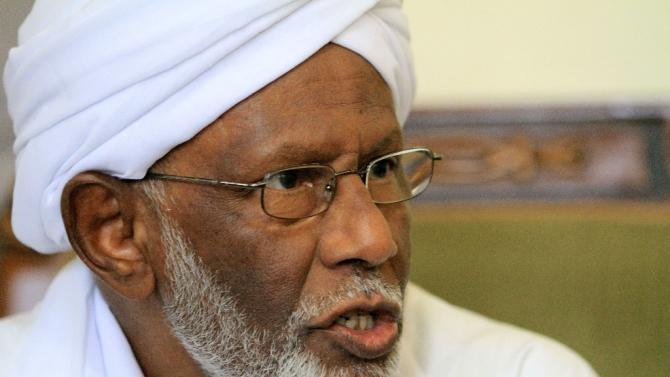 Khartoum (AFP) - Hassan al-Turabi, the Sudanese Islamist leader who died on Saturday, was an outspoken veteran politician who was in and out of jail over a career spanning some four decades.

The 84-year-old died of a heart attack, a medical source said.

A key figure in the regime of President Omar al-Bashir for a decade after his 1989 coup, Turabi later became one of its fiercest critics and led the opposition in urging a Tunisia-style uprising.

The authorities long accused him of having links with the most heavily armed of the rebel groups in the war-torn western region of Darfur -- the Justice and Equality Movement (JEM).

In May 2010, a month after Sudan's first competitive polls since 1986, Turabi was detained after denouncing the vote as fraudulent.

Bashir's former ally was the only Sudanese politician to support a warrant issued for the president's arrest by the International Criminal Court on charges of war crimes, crimes against humanity and genocide over the regime's conduct of the conflict in Darfur.

He was also arrested in January 2009 two days after he urged Bashir to surrender to the world court. 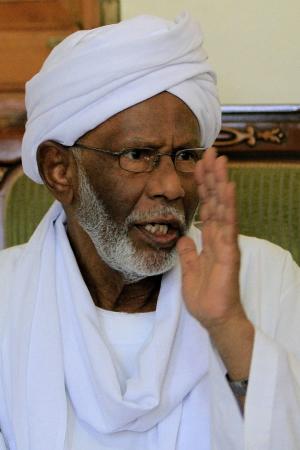 Hassan al-Turabi was a driving force behind the introduction of Islamic sharia law in Sudan in 1983, …

A year earlier, Turabi was arrested after an unprecedented assault on Khartoum by the JEM, which saw the Islamist rebels reach the capital's twin city of Omdurman, just across the Nile from the presidential palace, before being repulsed with heavy losses.

An ideologue with influence beyond Sudan's borders, Turabi was one of the driving forces behind the introduction of Islamic sharia law in Sudan in 1983, which sparked a devastating 22-year civil war with the mainly Christian, African south that cost an estimated two million lives.

Since the 2005 peace deal which led to full independence in July 2011 for South Sudan, Turabi repeatedly warned of the wider disintegration of the largest nation in Africa and the Arab world.

The Western-educated Turabi held a master's degree in law from London and a doctorate from the Sorbonne University in Paris.

He spoke English, French and German fluently as well as Arabic, and his language skills helped him gain access to foreign news media through which he issued repeated calls for an international Islamic revolution. 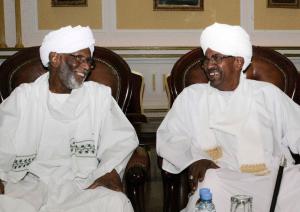 Born in the eastern town of Kassala in 1932 to moderately religious parents, Turabi had his first Koranic lessons from his grandfather, the head of a Sufi order of Muslim mystics.

Wooed by the Islamists after returning from his studies abroad, he became secretary of the Charter Front, a forerunner of the Muslim Brotherhood in Sudan.

Arrested three times in the 1970s under president Gaafar Nimeiri, he made up with the regime to became attorney general in 1979 and was a driving force behind Nimeiri's fateful decision to impose sharia in 1983.

After the Nimeiri dictatorship fell in 1986, Turabi formed the National Islamic Front and ran unsuccessfully in presidential polls.

In 1989, he rallied behind Bashir, then an obscure military man who had just been promoted to general, to overthrow the democratically elected government of his brother-in-law, Sadeq al-Mahdi.

As senior statesman, he became what many considered to be the real power in a country that he directed towards rigorous Islamic practices.

Sudan became a welcoming refuge for militant Islamists, including for a time Al-Qaeda leader Osama bin Laden, resulting in the regime being accused of sponsoring terrorism and its subsequent blacklisting by governments from the United States to Egypt.

Under Turabi's influence, the regime used Islam as a rallying cry to recruit ideological shock troops for its war with southern rebels during the civil war.

But in 1999 Turabi spearheaded moves to limit Bashir's powers in the culmination of a protracted power struggle, prompting the president to dissolve parliament and declare a state of emergency.

The following year he opposed Bashir's bid for re-election and broke away from the president's National Congress Party to form his own Popular Congress Party in opposition.

In February 2001, Turabi was arrested along with many of his followers after his new party signed a memorandum of understanding with the southern rebels.

He was released from house arrest in October 2003 and detained again in March 2004 after an alleged military coup in Khartoum.

In March 2014, he and Bashir met officially for the first time in 14 years, as the government reached out to opponents after calls for reform.