Written by Senait B.
Rate this item
(0 votes) 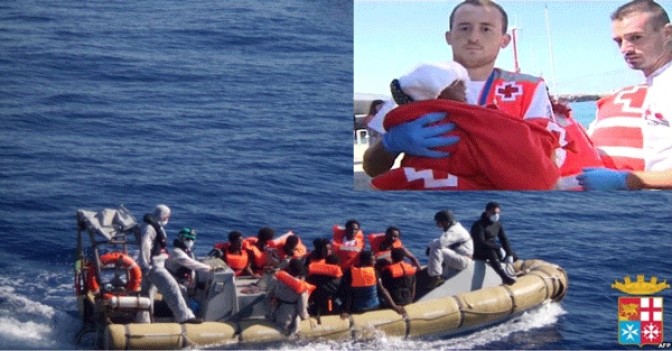 A baby boy was born on board an Italian Navy ship on Tuesday to an Eritrean mother, one of 430 boat migrants saved this morning off the coast of Sicily.

Aloniab Nahom was born at around 2.00am this morning on board the Etna vessel, shortly after his mother was picked up in the Strait of Sicily.

Born to a Catholic Eritrean woman, the baby boy has already been baptized by the on-board chaplain.

“Mother and baby are doing well and will today go ashore at Lampedusa, on board a helicopter,” the Italian Navy said in a statement.

The “happy event” was the conclusion of an operation to save 430 boat migrants off the coast of Italy, the rescuers said.

The Italian Navy continues to save boat migrants from the grips of ruthless traffickers despite ending its dedicated “Mare Nostrum” (“Our Sea”) operation in October. Around 160,000 migrants were saved in the 13-month mission, which has since been replaced by a significantly smaller EU operation.

More than 348,000 migrants and refugees have taken the dangerous journey across the Mediterranean so far this year. Of those, more than 34,500 have been Eritreans and over 60,000 Syrians, the UN refugee agency said last week.

Today’s birth is not the first to happen on board an Italian Navy ship. A baby girl was born in September to a Gambian woman, saved along with 600 others off Italy’s southern shore.