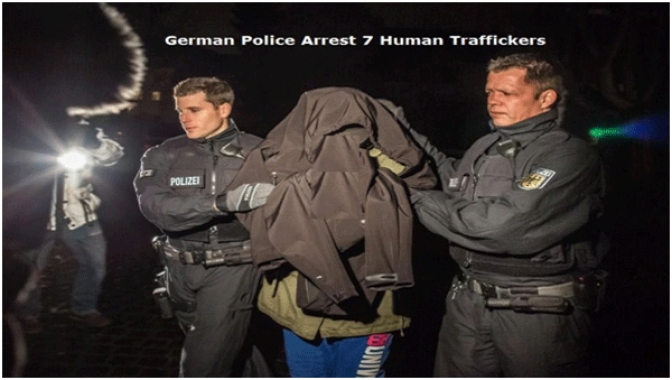 Dortmund / Koblenz.  In Dortmund, Hamburg and Frankfurt, the police have arrested several suspected smugglers. They brought 700 Eritreans in Germany.

The police in Germany and Italy, together smashed an international smuggling network. Nine suspects were arrested in the Rhine-Main region and in the Dortmund and Hamburg, including a woman. A tenth suspect went to the police in Italy in the net. During the search of 25 apartments in Germany extensive evidence also ensured. This was announced by the public prosecutor Darmstadt, Frankfurt and Dortmund and the Federal Police inspection fight against crime Bexbach (Saarland) and the Frankfurt police on Tuesday in common.

The men, aged 19 to 38 years of allegedly organized against the payment of large sums of money sluicing Eritrean nationals from Italy to Germany and in other countries. Investigators from more than 700 trafficked people.

Focus of the police action was the Tuesday morning. Around 400 personnel were present when the homes raided, and seven suspects were arrested. Two other suspicious men were arrested a week ago in Frankfurt because they wanted to settle in Canada and had come into possession of a firearm.

In parallel, the police in Italy were going against the smuggling gang. They took on the request of the public prosecutor Dortmund arrested a man who was wanted with a European arrest warrant. His extradition to Germany is requested. The arrests are due to common one-year investigation. (Dpa)

More in this category: « Eritrean Migrant Gives Birth to a Baby Boy on an Italian Navy Ship Mediterranean migrants: Details emerge of deadly capsize »
back to top