War in Tigray: a grim anniversary

Concerns that Ethiopia will descend into chaos are unfounded and the result of not understanding our context deeply. Our rule of law enforcement operation, as a sovereign state with the capacity to manage its own internal affairs, will wrap up soon by ending the prevailing impunity.

How wrong government leaders can be. This is my third Oxford House ‘Briefing’ on the brutal war in the N. Ethiopian region of Tigray. I wish I could say that the situation has improved. The conflict is fast approaching its first, grim, anniversary, 4 November 2021.

It is not easy to report – or to believe – what has happened across Ethiopia generally, and in Tigray particularly, since the most recent civil war began. Tigray is effectively off-limits to national and international journalists. Mark Lowcock, former head of the UN’s Humanitarian Affairs Agency (OCHA) commented recently, the Ethiopian government has deployed its own troops and Eritrean forces to blockade Tigray, in a cynical attempt to starve the Tigrayan’s into submission. The international community should be aware of the intensifying tragedy in Tigray and act to broker some kind of peace deal. Claims the Ethiopian government can ‘manage its own internal affairs’ now ring hollow. Since my last Briefing in late-July huge amounts of blood have been shed on all sides in the conflict. Unlike many other areas of conflict in Africa and elsewhere in the world today, historic tribal, ethnic, geographic, and political factors in this war are largely unrelated to religion: Tigrayans, Amhara and highland Eritreans are mostly Orthodox or Coptic Christians. Despite sustained pressure from Ethiopian and Eritrean forces – packed with co-opted Ethiopian ethnic militia – Tigrayan troops continue to hold out and hold their own. Faith may have strengthened resolve on both sides: it has sadly done little to inspire mercy, compassion and peace.

As outlined below, four distinct phases in the conflict are now discernible. In the early stage of the conflict, Tigrayan forces effectively obliterated the Ethiopian army, but it has been reconstituted with ethnic militia and has launched repeated attacks to confront and crush the ‘rebel’ region. On October 13, the Ethiopians began a fresh offensive. There has been intense fighting since then. The rough roads and steep mountains south of Tigray are now lined with bodies: mostly young, poorly trained, Ethiopian troops inhumanely thrust into the fray at the behest of the government. Here is a recent tweet from the respected Horn of Africa analyst, Rashid Abdi:

Tens of thousands of Ethiopian troops/militia killed in weeks of intense fighting with TDF in Amhara state. Road from Woldia down to Kombolcha ‘highway of death’ – with hundreds of corpses on roadsides, most in Ethiopian army uniform. 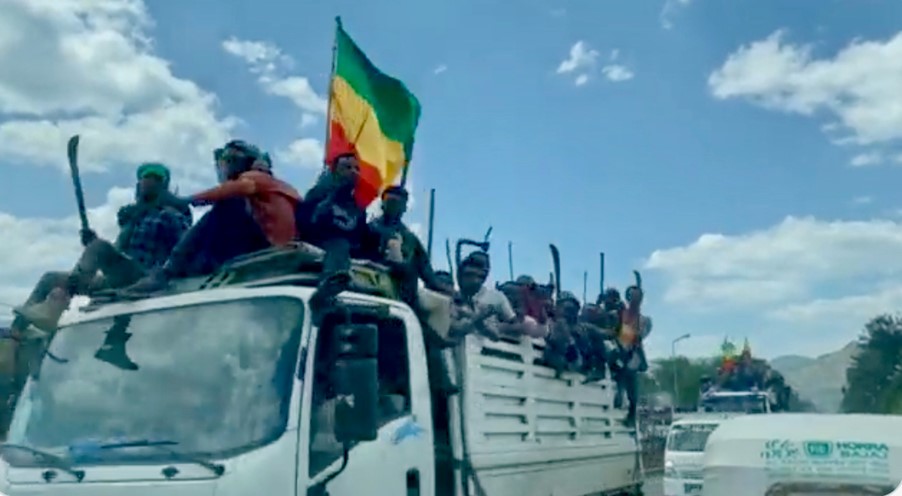 This photograph was taken by one of the very few foreign journalists in the region. NPR’s Eyder Peralta is in the town of Kombolcha. He reports seeing truckloads of young Amhara transported to the front in Dessie. As the photograph shows, they are equipped with little more than hoes and axes and machetes. Throwing half-trained, ill-equipped youths into the heart of this brutal war is, surely, a mark of the Ethiopian government’s desperation: they have few other reserves now to call on.

So, what do we know about what’s really going on?

TDF [Tigrayan Defence Force] has taken control of Chifra town on 16/10/21 after heavy fighting. Chifra town is an extremely significant strategic town linking Alewha, Mile and Bati. A 7-day battle took place leading to the capture of Chifra. The ENDF’s [Ethiopian National Defence Forces] last stronghold was on the mountain near the town. Capturing Chifra is a game changer in breaking the siege the enemy has imposed on Tigray. The people of Tigray are on the verge of breaking free from the strangulation.

The Ethiopian government has said very little about the recent fighting. Their Eritrean – allies – who have played a central role in the conflict – have remained silent. The UN reports the blockade of Tigray by Ethiopian and Eritrean forces is causing deep distress: ‘More than 5.2 million people across Tigray – more than 90 per cent of the region’s population – need life-saving assistance, including nearly 400,000 people facing famine-like conditions.’ No wonder Tigrayan troops are fighting so fiercely to break the siege.

I mentioned four phases in the conflict. Here they are:

Phase I (November 4 to November 28, 2020), viz. from the outbreak of the war until the capture of the Tigrayan capital, Mekelle and announcement by Prime Minister Abiy that the city had fallen to government forces.

Phase II (November 28 to June 18, 2021). During this period, the Tigrayans regrouped and reconstituted themselves as an army in the valleys and hills on N. Ethiopia. On June 18, they took the initiative and launched the offensive known as ‘Operation Alula Aba Nega’ or, simply, ‘Operation Alula’. In a ten-day period (June 18-28), they swept down and recaptured Mekelle. At the time, the Economist reported:

At sunset on June 28th – seven months to the day after Abiy Ahmed, Ethiopia’s prime minister, declared victory over the ruling party in Tigray as his troops occupied Mekelle – Tigrayans came onto the streets to celebrate the flight of federal troops. Officials appointed by Abiy’s government to run the region were whisked out of town as if from a crime scene. ‘There are celebrations in every house in Mekelle’, said Haile Kiros, a teacher in the city, before phone lines were cut. 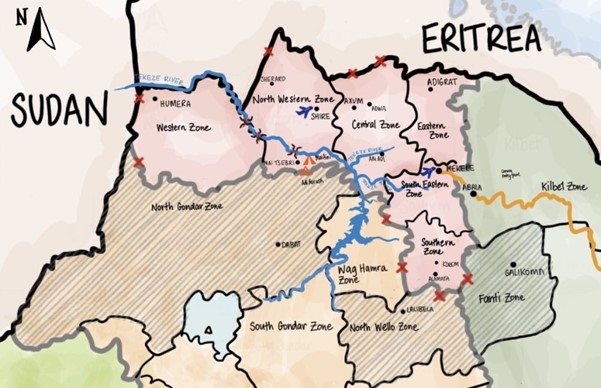 Phase III (June 18 to October 13, 2021). The recapture of Mekelle, and expulsion of Ethiopian forces from the town, did not end the war. Tigray remained blockaded by Eritrean and Ethiopian troops, with little humanitarian aid reaching the region. There was and is an important additional dimension to this: large parts of western Tigray have for decades been claimed by the Tigrayans’ neighbours, the Amhara. Despite the setback in Mekelle, large tracts of land remained in the hands of Amhara, Eritrean and Ethiopian troops determined to frustrate Tigrayan attempts to open a route to Sudan, where aid and other supplies could be obtained. 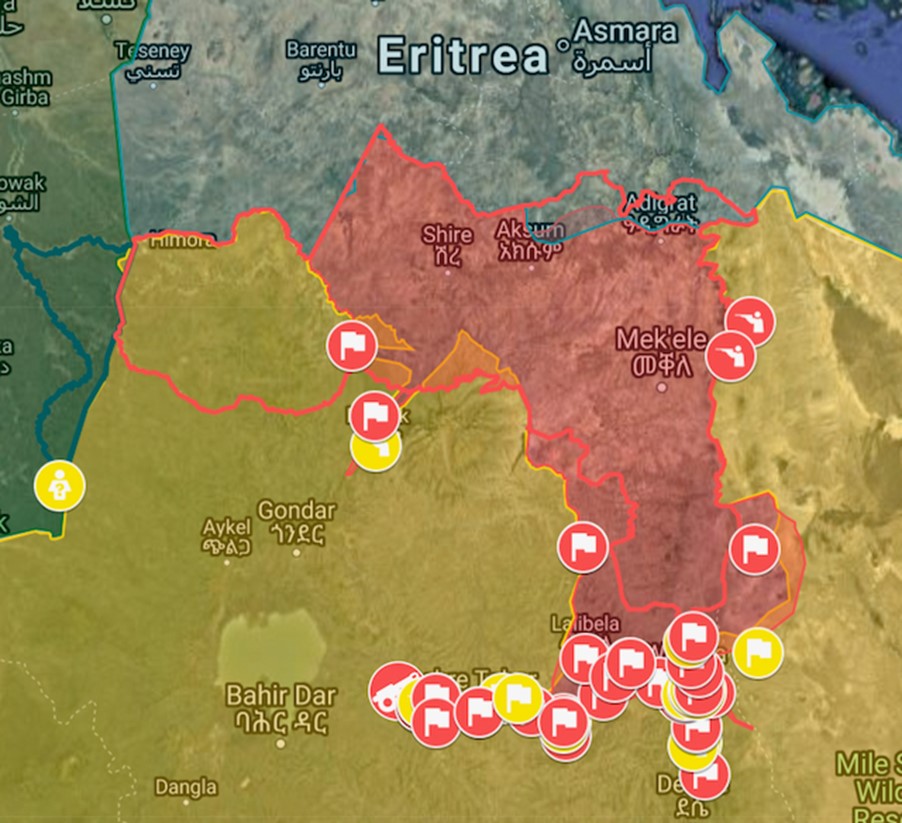 In response to the intense pressure they were under, Tigray Defence Forces (TDF) went on the offensive in two directions: eastwards to seize control of major routes in the Afar region and southwards to key targets in the Amhara region. These military initiatives were only partially successful: in Afar they confronted a major mobilisation of Ethiopian troops, in Amhara they made significant advances, but failed to cut the road from Gondar to Bahir Dar or capture the strategic town of Dessie.

Phase IV (13 October 2021–present). In response to the Tigrayan push to the south PM Abiy has recently mobilised a large number of ethnic militia alongside new recruits and conscripts. At mass rallies across Ethiopia, young men (and some women) have been called on to volunteer – or been forcefully and reluctantly conscripted – to fight for their country. As a result, Ethiopia’s previously decimated army has been rebuilt, giving both sides substantial numbers of troops at their disposal. Though ill-equipped on the ground, Ethiopian and Eritrean forces are supported from the air by planes and drones.

The table below (from a confidential Ethiopian source) provides a ‘best estimate’ of the rival alliances in early September 2021. Numbers do not convey, of course, disparities in ability, training, or equipment. 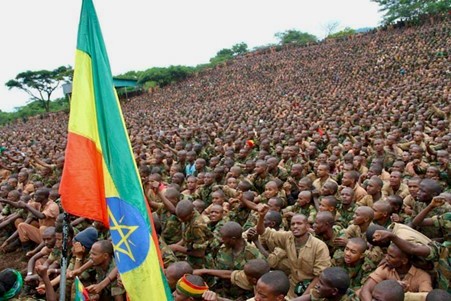 In this most recent phase in the conflict, the reconstructed Ethiopian military (and its associate militia) have been in the forefront; not, it seems, their Eritrean allies. The use of vast numbers of raw recruits is reminiscent of the disastrous ‘Red Star’ campaign the socialist Ethiopian Derg launched in March 1982 against the secessionist Eritrean liberation movement (EPLF). Time will tell if the Ethiopian government’s most recent counter-insurgency initiative will be any more successful. It is not looking good. According to the Tigrayan army Commander-in-Chief, Lieutenant-General Tadesse Werede Tesfay (b. 1958), a native of Mekelle, around Wello (in particular) the Ethiopians adopted a new strategy and threw ‘human waves’ of poorly trained soldiers against Tigrayan lines. Amhara reports confirm the devastating losses incurred. TDF claims that they have recently ‘destroyed’ (viz. killed, wounded, or scattered) 130,000 Ethiopian troops are not implausible. In key areas, such as around Gashena-Geregera, where the ENDF tried to cut off Tigrayan units, they have been repeatedly ambushed and suffered heavy losses. We will almost certainly never know the full extent of brutality and loss in this tragically ignored civil war.

The Ethiopian military have not been without some successes. In response to the Tigrayan push southwards, the ENDF launched airstrikes over a number days against Mekelle, the Tigrayan regional capital, killing civilians and flattening industrial sites. How much this will compromise the TDF’s military capability remains unclear. Meanwhile, fierce battles have also been fought around Chifra on the Tigrayan-Afar border. Amhara sources claim large numbers of troops have been involved. It is possible the Tigrayans are trying to establish a route to the outside world via Djibouti. The capture of Chifra would be a significant step in this direction. Certainly, if Tigrayan claims of making significant inroads southwards are borne out, and they can consolidate their position, the war may be entering another decisive phase. 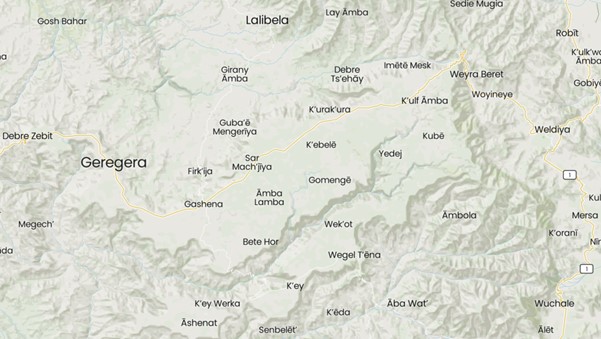 So, what of the Eritreans? As noted already, they seem to be playing a relatively minor role in the current fighting. Some reports suggest Eritrean President Isaias Afwerki (b. 1946; Pres. 1991-present) has maintained his forces along Ethiopia’s northern border (which runs along N. Tigray). This suggests that areas historically allocated to Eritrea by the International Boundary Commission remain in Eritrean hands, but perhaps not much more than that. There are even suggestions Eritrea has dug (five) lines of trenches in anticipation of a Tigrayan offensive against Asmara when the fighting in the South comes to an end. Certainly, Eritrean forces are already stationed in western Tigray to prevent the Tigrayans establishing a much-needed supply line to Sudan.

Phase IV of the war in Tigray is, it seems, far from over. The TDF have inflicted heavy losses on their Ethiopian opponents but remain vulnerable from the air and in key areas on the ground. How the war unfolds is hard to predict. Ethiopian Prime Minister Abiy Ahmed’s claim (9 November 2020) – and justification to the international community – that military action was simply a matter of ‘law enforcement’ that would swiftly resolve a passing crisis, now sounds – to say the least – very wide of the mark. Human lives have been lost yet again to bolster a brutal regime.