Sources indicate that the Eritrean who has been told to cease his diplomatic duties is Solomon Mehari. The Eritrean Minister of Information, Yemane Gebremeskel, reacted with fury on Twitter 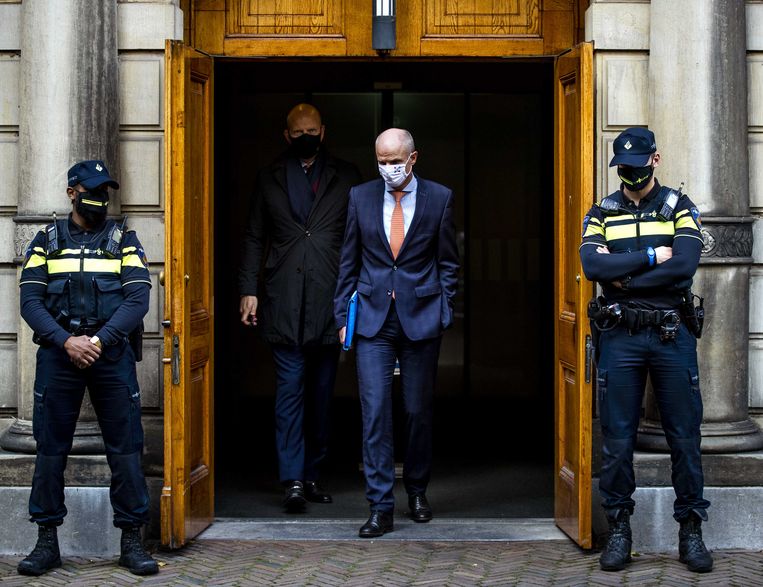 Minister Stef Blok of Foreign Affairs is taking steps against the diplomatic representation of Eritrea because it continues to collect money forcibly from fellow countrymen. An employee must stop working for the embassy office in The Hague.

The radio program Argos reported on Saturday that the embassy office has collected money from fellow countrymen to help the East African country through the corona crisis. Coercion would have been used in the collection. Eritreans living here were asked to donate at least 100 euros.

The ambassador of Eritrea was summoned to the Ministry of Foreign Affairs on Tuesday to clarify the matter. There, the envoy was informed that the local employee has been declared “unacceptable”, said a spokesman for the ministry.

It means that the man has to quit his job for Eritrea’s diplomatic representation. The man sometimes poses as consul of Eritrea, but he is not a diplomat. According to the ministry, he has often been involved in forcibly raising money.

Eritrea asks for money from fellow countrymen all over the world. This so-called diaspora tax is not prohibited, provided it is done without coercion. The cabinet would like to get rid of this diaspora tax, but sees no possibilities to do so. Two years ago, a diplomat from Eritrea had to leave the Netherlands because the embassy office continued to collect money.

“Eritrean embassy employee has to stop” from minister Blok

An employee of the embassy of Eritrea has been ordered to stop his activities by Minister Blok of Foreign Affairs. The man, posing as consul, put Eritreans in the Netherlands under pressure to give money.

Radio program Argos reported on Saturday that the Eritrean representation raised money from fellow countrymen to help the East African country through the corona crisis. People stated that they were being intimidated, including with the threat that family in Eritrea would not receive food coupons if they did not pay.

The ambassador of Eritrea has today been summoned to the Foreign Office to clarify things. There he was informed that the local employee has been declared “unacceptable”, which means that he is no longer allowed to work for the embassy. According to the ministry, the employee has often been involved in forcibly raising money.

A list that Argos has in its hands shows that at least 155,000 euros has been raised this time. Some come from supporters of the military regime or organizations affiliated with the regime. But the list also includes people who have fled precisely from that regime.

Two years ago, the highest Eritrean diplomat, the Netherlands, was expelled because the regime forced Eritreans in the Netherlands to hand over taxes to Eritrea. Intimidation was not shunned, the then Minister of Foreign Affairs Zijlstra wrote to the Lower House.

Eritrea asks for money from fellow countrymen all over the world. This diaspora tax is not prohibited, provided it is collected without compulsion.

The background to this story can be found below.

Tweet
Last modified on Wednesday, 28 October 2020 23:26
More in this category: « Eritreans in Holland and Sweden forced to make donations: trouble for Isaias Afeworki Two Eritreans refugees on hunger strike in Egyptian prison »
back to top