Sudan coup: Why the army is gambling with the future

Source=Sudan coup: Why the army is gambling with the future - BBC News 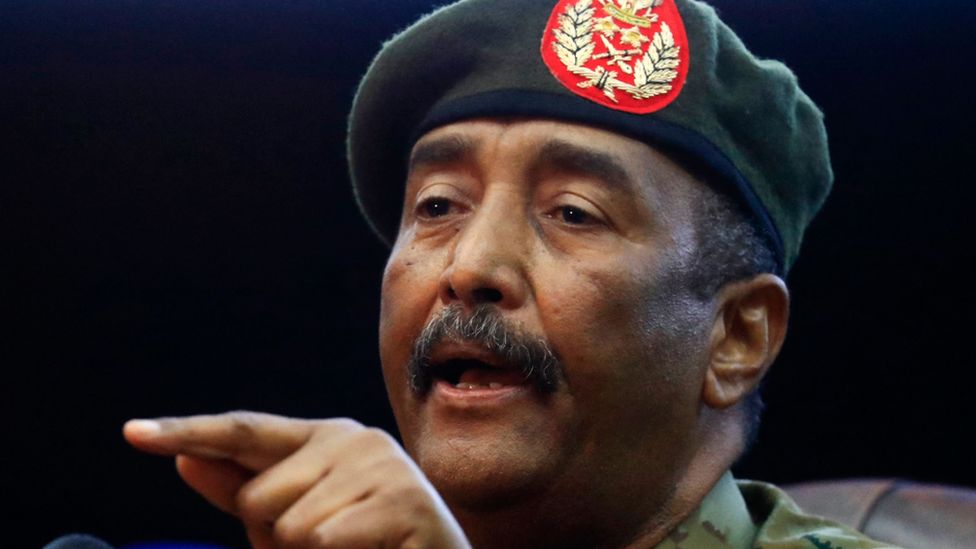 He has endangered Sudan's international standing as a nascent democracy, imperilled essential debt relief and international aid, and jeopardised peace with rebels in Darfur and the Nuba Mountains.

He was head of Sudan's Sovereign Council and the face of the army in the country's civilian-military cohabitation - until Monday, when he seized complete power.

He dissolved the country's civilian cabinet, arresting Prime Minister Abdalla Hamdok and other prominent civilians with whom the military had agreed to share power until elections were held next year.

The general's autocratic ambitions were no secret.

Over the last months, he showed impatience with Mr Hamdok's leadership, signalling that a strong ruler was needed to save the nation.

At a recent military-backed demonstration in the capital, Khartoum, protesters blamed Mr Hamdok for deteriorating living conditions - not helped by a blockade at the main port in the east which has led to shortages.

Sudanese democrats were alert to the army's stratagems, which seemed to be copied from the playbook that led to Abdul Fatah al-Sisi's military takeover in Egypt in 2013.

The Sudan Professionals Association and the multitude of neighbourhood committees that had orchestrated the non-violent protests which brought down the 30-year rule of President Omar al-Bashir in 2019 prepared for a new round of street demonstrations. 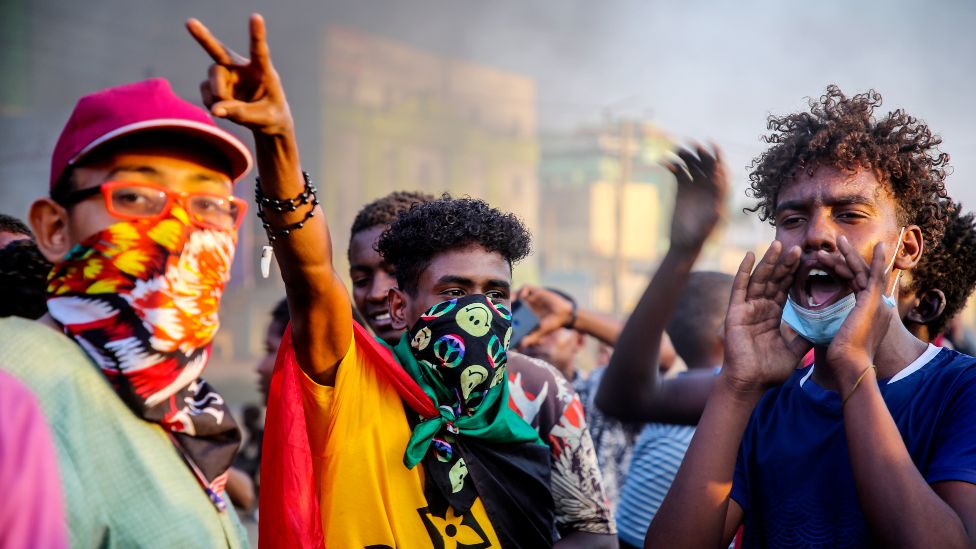 IMAGE SOURCE,EPA
Image caption,Protesters are determined not to allow the army to steal the revolution that saw Omar al-Bashir ousted in 2019

Foreign diplomats were also worried. US Special Envoy Jeffrey Feldman visited Khartoum at the weekend to press for agreement between the generals and the civilians. He left the city on Sunday with - he thought - a pact agreed.

The coup was staged hours later, leaving the Americans not only dismayed but outraged.

Making it clear that they had been deceived, the US administration has "paused" a $700m (£508m) financial assistance package.

An even bigger issue is the status of Sudan's debt relief package, recently negotiated by Mr Hamdok.

After two years of painful delays, international aid to salvage Sudan's economy was finally in prospect - and is now in jeopardy.

The African Union (AU), the United Nations, the East African regional body Igad and all of Sudan's Western donors have condemned the coup and called for a return to civilian rule.

The Arab League has also called for the constitutional formula to be respected. The grouping is usually in step with the Egyptian government, raising the question of how much Gen Burhan can count on the backing of Cairo.

Saudi Arabia and the United Arab Emirates (UAE), which provided crucial financial aid to Gen Burhan in 2019, have stayed silent so far.

Their sympathies probably lie with the army strongman, but they will also know they cannot cover the costs of bailing out Sudan.

Gen Burhan was already the most powerful man in the country, his role legitimised by the August 2019 power-sharing deal between the military and the Forces for Freedom and Change (FFC), a loose coalition of civilian groups.

So why would he risk it all on a blatant power grab?

According to that agreement, Gen Burhan was due to step down as chairman of the Sovereign Council next month.

At that point, a civilian chosen by the FFC would become the head of state, and the civilians in government would be better placed to push ahead with implementing key items on their agenda. 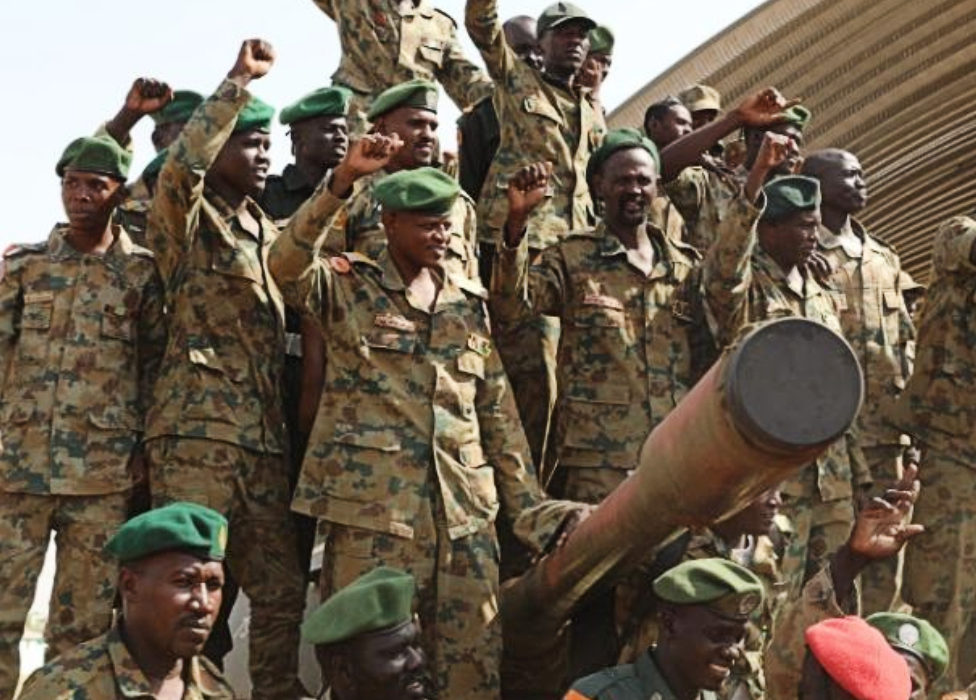 Not only was the army commanding a vast share of the national budget, but military-owned companies operate with tax exemptions and often alleged corrupt contracting procedures"
Alex de Waal
Africa analyst

One is accountability for human rights violations. The government is committed in principle to handing over ex-President Bashir to the International Criminal Court (ICC).

His former lieutenants - including Gen Burhan and leader of the paramilitary Rapid Support Forces Gen Mohamed Hamdan "Hemeti" Dagolo - wanted him to be tried in Sudan and not in The Hague.

They have good reason to fear that Bashir will name them as culprits in the alleged atrocities meted out during the Darfur war.

Gen Burhan and his fellow officers have even more reason to fear that investigation into the massacre in Khartoum in June 2019 would also point the finger of blame in their direction.

It took place two months after Bashir's removal by the army, when peaceful protesters were calling for civilian rule.

Tackling corruption and implementing security sector reform were other agenda items that worried the generals.

Take the cumbersomely named "Commission for Dismantling the June 30 1989 Regime, Removal of Empowerment and Corruption, and Recovering Public Funds."

This was not only exposing and uprooting the network of companies owned by the Islamists forced out of power in 2019, but also the tentacles of the commercial empires owned by senior generals.

Mr Hamdok had become increasingly outspoken in his criticism of the military entanglement in the economy.

Not only was the army commanding a vast - and still-increasing - share of the national budget, but military-owned companies operate with tax exemptions and often allegedly corrupt contracting procedures.

Placing the army under proper civilian control was also a priority for the next stage of the transitional period.

Gen Burhan is claiming he is keeping the transition to democracy on track - and has promised a technocratic civilian government and elections in two years.

Most Sudanese see this as an unconvincing façade.

The crackdown has dissolved the key trade unions and professional groups that organised the previous street protests. Internet and social media are largely shut down. Troops have fired on protesters, reportedly killing 10. Street activists have overcome such clampdowns before and forced the army to back down, most notably in the aftermath of the June 2019 killings.

The generals must also face the reality that the civil war in parts of the country is not over.

A peace agreement last year brought several armed opposition groups into government - but no deal was yet reached with the biggest two rebel forces. 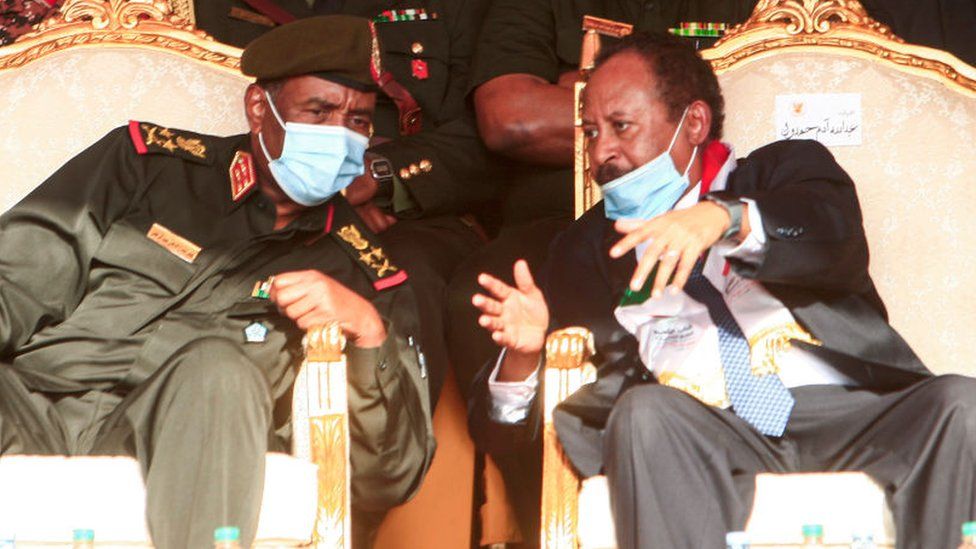 Both command popular support and have shown military resilience. Both were in peace talks with the government and had confidence in Mr Hamdok. The coup threatens renewed conflict.

With his unconstitutional seizure of power, Gen Burhan has taken a huge gamble.

He is offering no answers to Sudan's most pressing issues - the economy, democratisation and peace - and is risking turmoil and bloodshed at home and pariah status abroad.

In July 2019, following the army's violent crackdown on the democracy movement, the "quartet" of the US, the UK, Saudi Arabia and the UAE, working hand-in-glove with the AU, stepped in to press for a negotiated solution - which followed the next month.

A similar process may be needed to bring Sudan back from the brink. The problem is, after Monday, who can trust Gen Burhan to keep his word?

Alex de Waal is the executive director of the World Peace Foundation at the Fletcher School of Law and Diplomacy at Tufts University in the US.
Tweet
Last modified on Thursday, 28 October 2021 14:01
More in this category: « African Union suspends Sudan over coup World Bank Group Paused All Disbursements to Sudan on Monday »
back to top